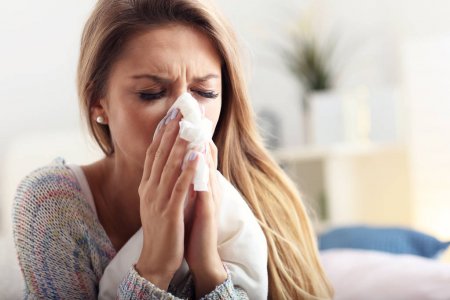 How To Boost Your Immune System

Helpful ways to strengthen your immune system and fight off disease

What can you do to boost your immune system?

The idea of boosting your immunity is enticing, but the ability to do so has proved elusive for several reasons. The immune system is precisely that — a system, not a single entity. To function well, it requires balance and harmony. There is still much that researchers don't know about the intricacies and interconnectedness of the immune response. For now, there are no scientifically proven direct links between lifestyle and enhanced immune function.

But that doesn't mean the effects of lifestyle on the immune system aren't intriguing and shouldn't be studied. Researchers are exploring the effects of diet, exercise, age, psychological stress, and other factors on the immune response, both in animals and in humans. In the meantime, general healthy-living strategies are a good way to start giving your immune system the upper hand.

Your first line of defense is to choose a healthy lifestyle. Following general good-health guidelines is the single best step you can take toward naturally keeping your immune system strong and healthy. Every part of your body, including your immune system, functions better when protected from environmental assaults and bolstered by healthy-living strategies such as these:

Take steps to avoid infection, such as washing your hands frequently and cooking meats thoroughly.

Many products on store shelves claim to boost or support immunity. But the concept of boosting immunity actually makes little sense scientifically. In fact, boosting the number of cells in your body — immune cells or others — is not necessarily a good thing. For example, athletes who engage in "blood doping" — pumping blood into their systems to boost their number of blood cells and enhance their performance — run the risk of strokes.

Attempting to boost the cells of your immune system is especially complicated because there are so many different kinds of cells in the immune system that respond to so many different microbes in so many ways. Which cells should you boost, and to what number? So far, scientists do not know the answer. What is known is that the body is continually generating immune cells. Certainly, it produces many more lymphocytes than it can possibly use. The extra cells remove themselves through a natural process of cell death called apoptosis — some before they see any action, some after the battle is won. No one knows how many cells or what the best mix of cells the immune system needs to function at its optimum level.

As we age, our immune response capability becomes reduced, which in turn contributes to more infections and more cancer. As life expectancy in developed countries has increased, so too has the incidence of age-related conditions.

While some people age healthily, the conclusion of many studies is that, compared with younger people, the elderly are more likely to contract infectious diseases and, even more importantly, more likely to die from them. Respiratory infections, influenza, and particularly pneumonia are the leading causes of death in people over 65 worldwide. No one knows for sure why this happens, but some scientists observe that this increased risk correlates with a decrease in T cells, possibly from the thymus atrophying with age and producing fewer T cells to fight off infection. Whether this decrease in thymus function explains the drop in T cells or whether other changes play a role is not fully understood. Others are interested in whether the bone marrow becomes less efficient at producing the stem cells that give rise to the cells of the immune system.

A reduction in the immune response to infections has been demonstrated by older people's response to vaccines. For example, studies of influenza vaccines have shown that for people over age 65, the vaccine is much less effective compared to healthy children (over age 2). But despite the reduction in efficacy, vaccinations for influenza and S. pneumoniae have significantly lowered the rates of sickness and death in older people when compared with no vaccination.

There appears to be a connection between nutrition and immunity in the elderly. A form of malnutrition that is surprisingly common even in affluent countries is known as "micronutrient malnutrition." Micronutrient malnutrition, in which a person is deficient in some essential vitamins and trace minerals that are obtained from or supplemented by diet, can be common in the elderly. Older people tend to eat less and often have less variety in their diets. One important question is whether dietary supplements may help older people maintain a healthier immune system. Older people should discuss this question with a physician who is well versed in geriatric nutrition because while some dietary supplementation may be beneficial for older people, even small changes can have serious repercussions in this age group.

Stop worrying and start eating to boost your immune system. Check in to find the best foods that strengthen your body and help fight viruses.